Set to open in mid-2018, The Mohegan Sun Expo Center Signs On A Multi-Year Boat Show 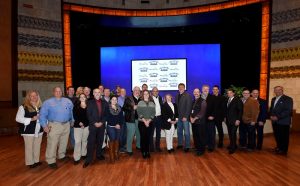 UNCASVILLE, CT (December 21, 2017) – It was announced today from The Cabaret Theatre inside Mohegan Sun, that the Connecticut Marine Trades Association (CMTA) signed the first year’s contract of a three year agreement with Mohegan Sun, to host their annual boat show in the all-new Expo Center, which is approaching its final stages of construction at the resort located in scenic, Mystic Country CT. CMTA’s first show at Mohegan Sun will be January of 2019.

About Connecticut Marine Trades Association (CMTA): The CMTA is a not-for-profit trade association representing boating and related marine industries throughout Connecticut, from the Long Island Sound to the state’s rivers and lakes. Founded in 1954, the CMTA has over 330 member businesses and is dedicated to the well-being of the industry by promoting the interests of recreational boating, improving industry condition, monitoring legislative and regulatory issues, and advancing boating education throughout the state. In 2018, the 49th CMTA produced Hartford Boat Show will be held February 8-11, 2018 at the Connecticut Convention Center in Hartford,  CT. www.ctmarinetrades.org or www.hartfordboatshow.com.

About Mohegan Sun: Owned by Mohegan Gaming & Entertainment, Mohegan Sun is one of the largest, most spectacular entertainment, gaming, dining and shopping destinations in the United States.  Situated on 185 acres along the Thames River in scenic southeastern Connecticut, Mohegan Sun is home to 1,600 deluxe hotel rooms, 2 world-class spas, a golf course, over 90 shops, restaurants and bars as well as three award-winning entertainment venues including a 10,000-seat Arena. Mohegan Sun is within easy access of New York, Boston, Hartford and Providence and located 15 minutes from the museums, antique shops and waterfront of Mystic Country. More information is available by calling 1.888.226.7711 or visiting mohegansun.com. Connect with us on Facebook, follow us on Twitter and Instagram @mohegansun, view us on YouTube and find us on Snapchat at username MoheganSun. 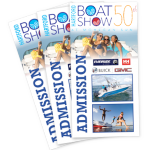 2021 Vision of Boating Fun Under the Sun