What started at The Hartford Armory in 1957 as an event produced by the Charter Oak Marine Dealers Association with approximately 15 dealers, the Hartford Boat Show has grown and evolved through the years, and HBS50 will be featuring over 125 exhibitors, and 400 watercraft. All available exhibit space in Mohegan Sun’s new Earth Expo Center has sold out for the Hartford Boat Show, and boats, exhibits and special sections will also be featured in the center’s ballroom, breakout rooms, and casino.

As the state’s organization representing the interests of recreational marine businesses and boaters across the state, the CMTA joined as a partner producer of the Hartford Boat Show in 1970, and in that year, the event was actually held at two locations simultaneously: at the Hartford Armory and The West Hartford Armory. As the show grew, and CMTA assumed sole responsibility, it was first moved to the Civic Center in the mid 70s, and then to the Connecticut Convention Center when it opened in 2005, and where the show ran through 2018.

Early Hartford Boat Shows featured almost exclusively boats, and while they still command the show, with over 95 brands of boats, motors and trailers participating in 2019, just as recreational boating in the state has grown and broadened, so have the HBS50 exhibits. Visitors to the 2019 show can expect to see personal watercraft such as jet skis, kayaks, inflatables, wakeboards, paddle boats and boards, as well as fishing gear, marinas and boatyards, other marine services, electronics, boating accessories, marine schools and educational programs, and shore side activities such as destinations and attractions.

The 1970 Hartford Boat Show included 40 exhibiting companies, with all but one being based Connecticut. Today, the show draws marine vendors from across the country, with approximately 82% of the 2019 exhibitors calling Connecticut their home. Of those exhibitors in 1970, three have been exhibiting for the past 50 years and will be appearing once again in the show: Petzold’s Marine Center of Portland, Capital Equipment in Manchester and Boat’s Inc. from Niantic.

“Petzold’s is extremely excited to be participating in the 50th Annual CMTA Boat Show as we have continuously displayed at all 49 prior shows and even earlier at the Charter Oak Dealers Association Shows.   We have been in several different locations over those years including the Hartford Armory, Civic Center and Convention Center but none more exciting that our move this year to its new location at Mohegan Sun,” said Bob Petzold, President Petzold’s Marine Center.

“While we certainly will be celebrating our fifty years of history, with many fun remembrances featured throughout the show, as the industry’s organization we also always strive to keep the show fresh year after year,” said Kathleen Burns, Executive Director CMTA. “In addition to our new location, this year we are welcoming over 23 new exhibitors and are launching some new show features such as the Welcome to Our Waters Workshop interactive learning section, new seminar topics, a Kids Cove, and an area dedicated to new boaters,” she reported.

As the times change, so has recreational boating in Connecticut and across the country. Through the decades, the industry as seen preferences shift from sailing vessels to more power driven boats, women boaters emerging which spurned design changes in boats, and the popularity of new amenities that boaters are seeking for their vessels.

Notes from the Hartford Boat Show of 1970 actually indicate that then, the term “boatman” was the most commonly termed, as opposed to today’s “boater.” Wooden boats dominated the waters, and in 1970, only 62% were of fiberglass construction, which is now the material of choice, with almost 95% of boats to be displayed at HBS50 being fiberglass. That year also saw The Weather Service launching “Instant Weather” broadcast on certain VHF/FM stations, the introduction of integrated marine electronics, and the hottest boating accessory was The Water Scope, a rudimentary underwater viewing device. Nationwide, boat trailering had just become “a nationwide phenomenon,” according to press reports of the day. Boats on display 50 years ago ranged from 10’ to 80’, in the price range of $1,295 to $330,000.

In 1970, the CMTA had 148 members and now has 345 and is growing. Its membership reflects marinas, boatyards, boat dealers, yacht brokers, service technicians, electronics experts, welders, canvas creators, and financial and insurance service providers. As it represents the interests of the industry, the scope of its initiatives has widened as well, to include lobbying efforts, clean marina certifications, workforce initiatives, and the recently formed CMTA Foundation, a 501(C)(3) organization which expands upon the association’s educational, scholarship and workforce development efforts. A special Golden Celebration event is planned for CMTA members at Mohegan Sun the evening prior to HBS50 opening.

Attendance at the Hartford Boat Show has been on the upswing for the past few years, and the CMTA is anticipating 15,000 visitors to HBS50.The association reported that attendance in 2018 was up by 33 percent from the prior year, and had risen each year prior, by 14 percent and 25 percent over 2016 and 2015 respectively. Attendees will likely be looking to take advantage of last year’s reduction in state sales tax for purchases of boats, motors and trailers, and the many dealer season and show promotions which are expected to be offered at HBS50, all with timely delivery to meet the opening of the boating season in the state.

Evinrude has been a lead sponsor of HBS50 for over a decade, and this year is joined by Helly Hansen and the Connecticut Port Authority leading the fleet of sponsors and exhibitors. Also signs of the times, the Evinrude/BRP Pavilion will feature the company’s fuel efficient E-TEC G2 outboard engines, which can help boaters trim their gas bills and reduce their carbon foot print, releasing low emissions; as well as the iDock joystick which enables docking like a pro using gyroscopic sensors.

Tickets for the Hartford Boat Show may be purchased at www.hartfordboatshow.com. Pre-show online tickets are $12. During The Boat Show, general admission is $14, with children under 12 accompanied by an adult admitted free. A Two Day Pass allowing access to the show any two days is available at $20. A Senior/Military one-day pass is $10. Group sales for groups over 15 people may be arranged by contacting CMTA Show Staff at 860-767-2645.

About The Hartford Boat Show: Now in its 50th year, the Hartford Boat Show features the newest boats on the market including center consoles, fishing boats, luxury cruisers, sport and ski boats, sailboats, personal watercraft, paddle boats and boards in addition to fishing gear, marinas and boatyards, other marine services and boating accessories. Produced by the Connecticut Marine Trades Association (CMTA) the show is open to the public January 17-20, 2019 at the Earth Expo Center at Mohegan Sun, and will feature over 125 exhibitors, 400 boats and watercraft, as well as educational seminars, boating personality appearances, and demonstration areas. www.hartfordboatshow.com

About Connecticut Marine Trades Association (CMTA): The CMTA is a not-for-profit trade association representing boating and related marine industries throughout Connecticut, from the Long Island Sound to the state’s rivers and lakes. Founded in 1954, the CMTA has over 330 member businesses and is dedicated to the well-being of the industry by promoting the interests of recreational boating, improving industry condition, monitoring legislative and regulatory issues, and advancing boating education throughout the state. www.ctmarinetrades.org

Boating Fun Under the Sun 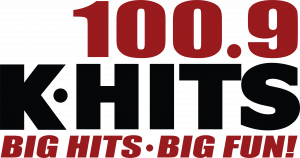 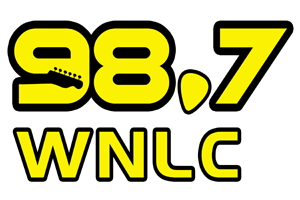